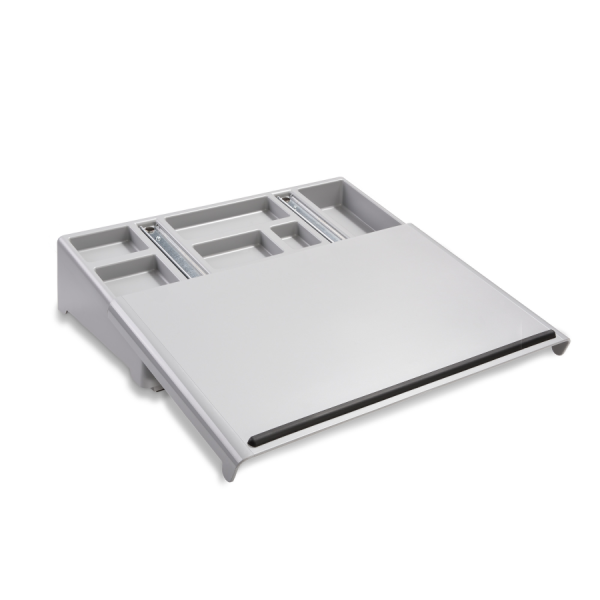 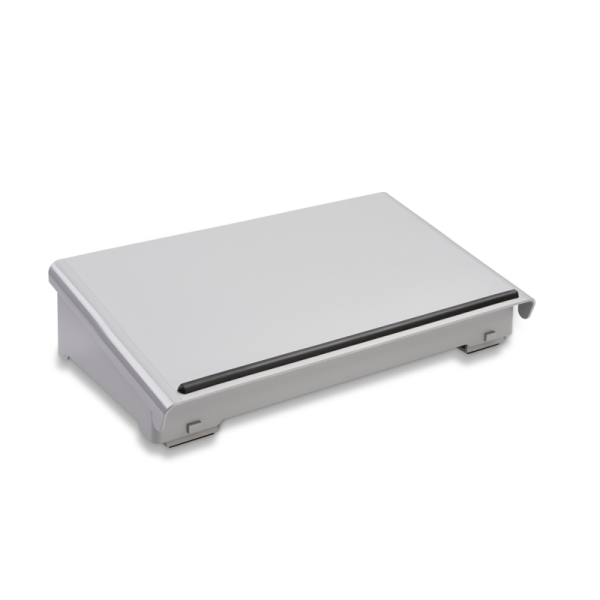 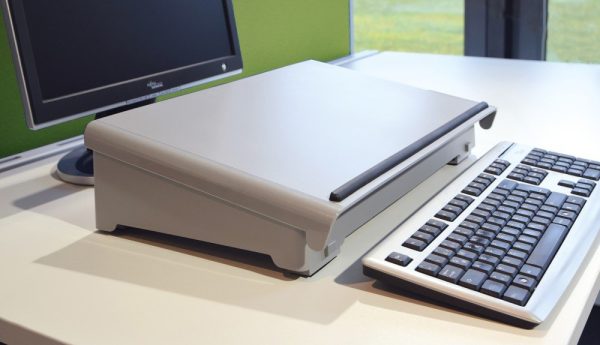 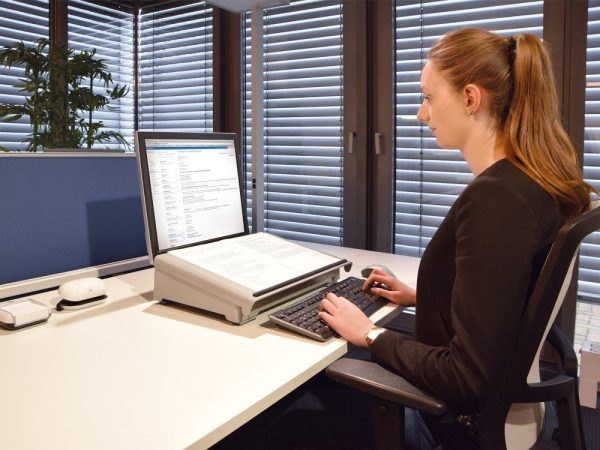 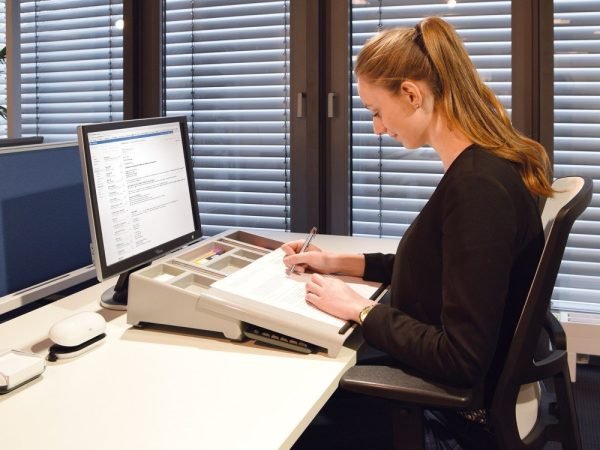 The Docuglide Inline Document Holder sits neatly in between the Keyboard and Monitor providing an "Inline" Height adjustable reading and Writing Slope. The writing surface can be extended out over the Keyboard for increased work area, and then slid back when returning to keyboard use.

The new DocuGlide Plus stands for modern design combined with ergonomics and functionality.

Combining the functions of a document holder and a writing slope, the DocuGlide Plus also includes many storage options.

When using as a document holder, documents are at the optimal viewing angle between the keyboard and monitor. The text can be read without turning your head or straining your eyes.

The DocuGlide Plus can be used as a writing slope when extended over the keyboard, reducing twisting, improving workflow and expanding the usable workspace.


Working ergonomically with the DocuGlide Plus makes it easier to capture texts and documents thanks to the optimal viewing angle. The DocuGlide Plus supports a healthy sitting position and at the same time works actively against back and neck problems.


DocuGlide Plus promotes concentration and increases performance. By positioning the documents in a line between the monitor and keyboard, input errors are reduced.

You haven't viewed any products yet.